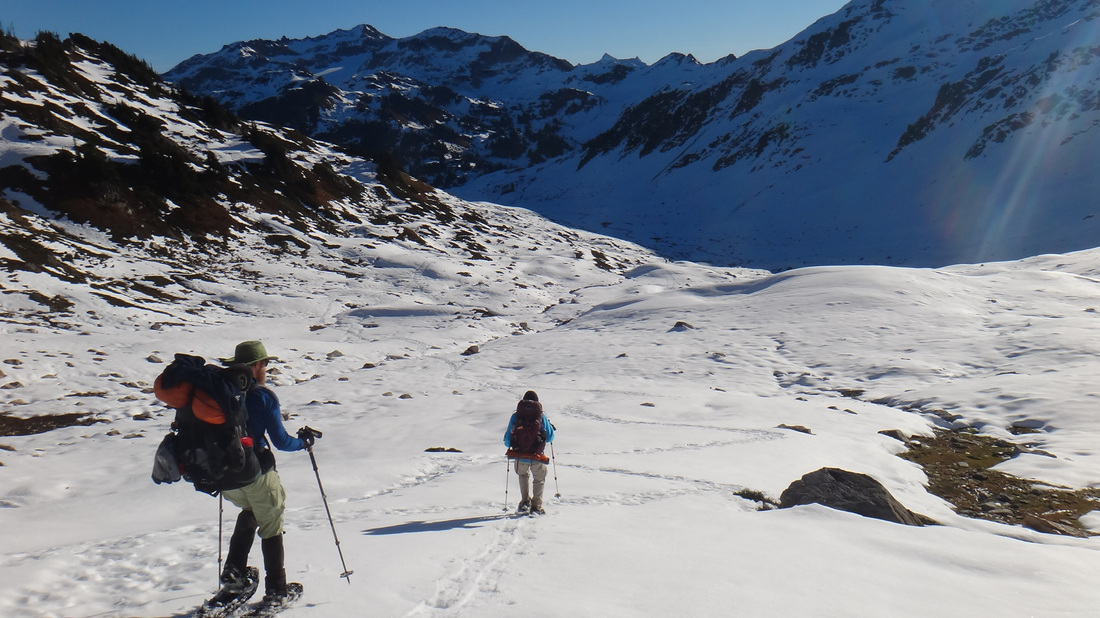 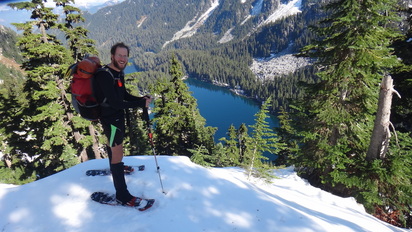 The blistering heat of the southern trail is quickly forgotten in northern Washington in October. After a sudden and dangerous storm while exiting the Goat Rocks Wilderness, the trail has taken on a new white blanket. Packing a larger backpack with mostly winter hiking gear sent from home, I begin a winter-themed journey of hundreds of miles on mostly snowshoes and microspikes. Forced into a safety threesome with Hard Target and Cougar Bait, we end up relying on each other as much mentally as anything else, and we head out into the snow and head for Canada and sweet victory.
This last leg of the journey tested my mental and physical resolve more than any other. Carrying around 45 lbs between long resupply points, the added difficulty of snow doesn't pull any punches. Noticably more dangerous, and equally as grueling, I witness amazing beauty brought on by the snow. This is the final leg of my incredible journey along the West coast's Pacific Crest Trail, and it will prove to be my most memorable. 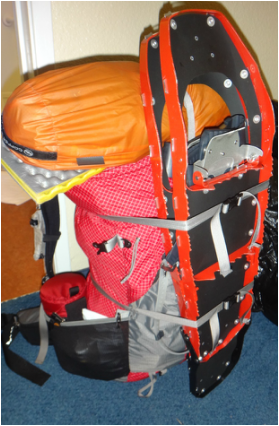 Gearing up for winter required a very big shift in what I carried. As much as I like traveling light and fast, that means different things during different seasons. The 35-45 pounds that I carried in winter would still be considered light by many, though it was a far cry from the 20-25 lbs I often carried normally on the trail.

Because we would be all by ourselves in the mountains, ensuring that my group of 3 had everything we would realistically need was a real priority. Neither Cougar Bait nor Hard Target had any winter hiking experience, so it fell to me to ensure that some of the nuances of winter hiking were known. Hard Target made the needed but costly  desicion to purchase a Garmin Montana GPS and a DeLorme InReach Two-Way emergency communication device. Having 3 heads to make crucial decisions after a long, hard, and often cold day of hiking, meant that we could try to avoid stupid mistakes.


Was it worth it?


When all was said and done, with the heat, the blistering, the chafing, the aching, was it really worth spending thousands of dollars and five months of my life walking along the Pacific Crest Trail?


Absa-FREAKING-lutely it was worth it all!
Powered by